John graduated from the University of Ulster in 2010 with a 2:1 degree in Law with Politics. He then attended Queen's University Belfast and obtained his postgraduate diploma in professional legal studies in 2013 whilst at the same time working in a major Belfast solicitors firm.

John also has an extensive background in human rights law and in this role he has represented individuals and families seeking justice for loved ones who have suffered at the hands of the state, religious institutions and/or paramilitaries. A priority for John in any case is excellent client care and in this regard John represented the Law Society of Northern Ireland at the International Client Consultation Competition 2013 where he was a finalist competing against lawyers from around the world. 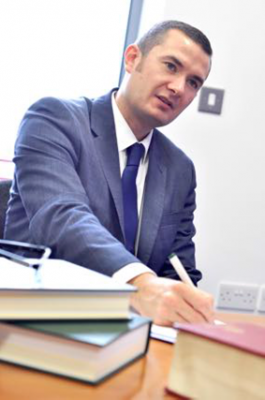 Below is a sample of the cases which John regularly conducts:

R v O'K - John represented a client accused of the largest fraud in Northern Ireland's history. The client was accused of fraudulently selling property in Turkey to dozens of individuals and investors. The case involved an analysis of in excess of 10,000 pages of documents and financial transactions and compiling complex proofs for counsel and a range of expert witnesses. The case is now regularly cited in other fraud cases.

R v B - John defended a client accused of causing the death of his partner via dangerous driving. This case involved the investigation and determination of complex scientific issues and required the input of and presentation of expert evidence from inside and outside of the jurisdiction.

Re C - John represented a young man who was the subject of a vicious unprovoked assault. The Public Prosecution Service discontinued the prosecution against his assailant and the decision of the PPS was subject to judicial review before the most senior judges in Northern Ireland. The case involved issues of victim's rights and the supervisory jurisdiction of the High court over decisions of the Public Prosecution Service.

Re MC and others - John represented a family whose mother was killed in the Troubles. The case involved a judicial review of the Chief Constable of the PSNI in respect of his failure to provide the family with information relating to the investigation into the death of their mother.

Re Cr – John successfully represented a life sentence prisoner who received an adjudication for failing a drug test in prison.  Following judicial review proceedings the adjudication was quashed and John’s client made a successful application to be released on parole before the Parole Commissioners for Northern Ireland.